When baby Amber, only seven weeks old, started drinking less and less milk, James Tu and his wife became concerned. Amber was still able to suckle, but she wasn’t getting enough. After his wife told him the baby didn’t drink any milk the entire night, and wasn’t waking up, he took little Amber to the emergency room at Maimonides Children’s Hospital.

The only children’s hospital in Brooklyn, Maimonides offers pediatric emergency care with doctors who specialize in diagnosing and treating childhood illnesses. “She was breathing, but not crying or eating. She was just sleeping all the time,” remembers Mr. Tu. Dr Jessica Zerzan, one of the pediatric emergency medicine specialists, recognized that the pattern of Amber’s symptoms could be consistent with a rare diagnosis: infant botulism.  The pediatric emergency department team stabilized baby Amber and admitted her to the pediatric intensive care unit (PICU). Upon reviewing her story and after a detailed examination, Pediatric Intensivist Dr. Mohamed Gaffoor along with Pediatric Infectious Disease Specialist Dr. Rabia Agha, agreed the symptoms were a match for botulism. This is an extremely rare bacterial poisoning that causes paralysis, trouble breathing, and eventually death.

While they waited for the test results (which can take days to confirm the diagnosis), Maimonides staff immediately ordered the antitoxin. It had to be airlifted from out-of-state and arrived the next day. After receiving the antidote, Amber slowly regained her strength and started consuming more milk with each passing day.

Today, Amber is a happy, healthy nine-month-old with no long-term effects from her bout of botulism. “If the doctors hadn’t quickly pinpointed the problem, Amber would have suffered permanent damage,” says Mr. Tu. “What’s so amazing is that most doctors have never treated anyone with botulism before. They were able to identify this once-in-a-lifetime occurrence strictly from their knowledge and save my baby’s life.” When baby Amber stopped drinking milk and started sleeping all the time, James Tu knew something was seriously wrong with his daughter. Learn how the pediatric specialists at Maimonides Children’s Hospital were able to diagnose a rare, potentially fatal illness and reverse its course to save her life. 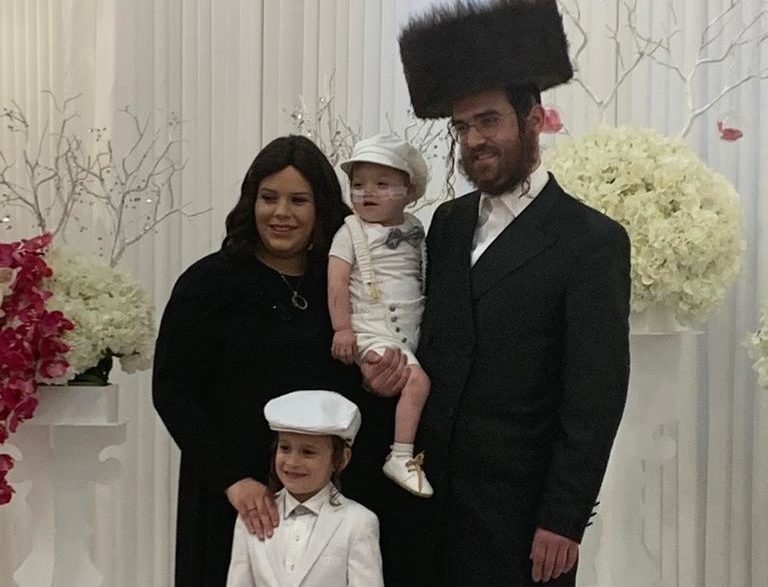 Chaya Perlman was fortunate to give birth at Maimonides Medical Center. There, doctors in the NICU found that her newborn son had a tracheoesophageal fistula (an abnormal connection of the esophagus and trachea). Learn how pediatric specialists at the only children’s hospital in Brooklyn helped her baby survive the first harrowing months of his life.

Your Life. To Be Continued.